But far be it from me to boast except in the cross of our Lord Jesus Christ, by which the world has been crucified to me, and I to the world. For neither circumcision counts for anything, nor uncircumcision, but a new creation. And as for all who walk by this rule, peace and mercy be upon them, and upon the Israel of God. (Galatians 6:14-16)

I struggle with rules. A lot. Not as a stubborn independent asserting her individuality, but as a stubborn follower. I do not necessarily enjoy having strict guidelines, but I thrive on them. I am the kind of person who will spend useful energy stressing about going 28 in a 25 mph zone (mind you, I usually just sit with the guilt rather than slow down). I am annoyed when grammatical laws are ignored even in text messages and on more than one occasion have gone back through a quick message to capitalize or punctuate. I measure recipes carefully and try to make up for the “extra” flour added when less than a teaspoon missed the measuring cup and fell into the mixture. I obey the rules even the rule-makers care nothing about.

I have always been a color-in-the-lines type of girl and I can only assume God made me this way. Yet, when I was young this applied to everything except my faith. In school I was a perfect student, at home I was a complete mess when I did something wrong, even in Jiu-Jitsu I was praised for having “good technique” which had nothing to do with talent and everything to do with the parameters I was given – I was an expert parameter-respecter. But in my faith I had freedom. I loved God, God loved me. It was simple and unburdened. Largely by watching my mom, I learned that God was easy to talk to, He cared about the little things and He was all about making you more like Jesus. As I got older this changed and my concern for rules crept into my faith. I began to believe that God did not care so much about my love and trust. He wanted my obedience and He wanted it with or without the other stuff. It makes sense to believe that God wants you to obey – Jesus tells us that flat out – but it became the focal point. No longer was my love for God the defining characteristic of my relationship with Him, my ability to follow His rules was.

Since I was really good at regulation this was all fine (except that being unable to know for certain that I was aware of every law made me extremely insecure); until I met Gabe. He didn’t follow all the rules I followed – he didn’t seem to follow any rules at all. He was totally outside my Law-based paradigm, but he knew God. His faith was so real and so challenging. He questioned everything (kind of breaking Rule #1 right there) and as a result he was in such a deeper place spiritually than anyone I knew. How could this guy who was a part of the wrong denomination, wore the wrong clothes, had the wrong hairstyle, read the wrong version of the bible, listened to the wrong music, hung out with the wrong people, and liked the wrong movies be a true Christian? His faith was free. He was a child of God and he knew it – he knew it on his good days and he knew it on his bad ones. So began my shaky walk out of the familiar and into liberty.

A man named Kary Oberbrunner calls himself a “Recovering Pharisee” and I cannot think of a better term. The Pharisees were criticized by Jesus for relying so much on the written law that God gave the Jews thousands of years before. They were very secure in their religion because they could point to this commandment or that precept when their faith was questioned, but Jesus told them it was worthless. I have done the same thing. Without trying to I became totally dependent on another set of regulations to save me. I believed that if I did the right thing and never strayed I would be saved from whatever punishment awaited sinners. But the Scripture which I claim to live by says that the Law can’t save me. Specifically the Law of Moses and if the ordinations delivered directly by God are said by God to be outdated and useless (or rather, their purpose fulfilled) how can I put any value, any at all, on the rules me and other humans wrote down long afterward? The only rule I have to follow is that my heart must be in it, I must have faith in God’s work.

I am learning again and again that God does want obedience, but He wants it because it shows a heart after Him. He paid way too high a price to depend on our obedience. When the bible talks about freedom in Christ, I believe it means Freedom – no more laws, no more guilt. Being careful not to disobey is not the point, it’s being careful not to turn our hearts from Him. When I am sold out to Jesus, totally surrendered to His will, obedience is a given. The problem then is not my disobedience, but my lack of faith. The point at which I see a limit in my willingness to do what God says is the point at which I need to get on my knees and pray for more faith because I am an unfinished project. Philippians 1:6 says that “he who began a good work in you will bring it to completion at the day of Jesus Christ.” 1 Corinthians 1:8 says that God will sustain us to the end. We are His to complete, His to work with like clay. Disobedience can certainly lead to a person turning away from his faith, but it can also be the point at which he (or she) learns to depend a little more on the God who has bent over backwards to begin a “good work.”

In the movie The Passion of the Christ there is a scene in which Jesus says to Mary as He is struggling to carry his cross on his crucified back, “See Mother, I make all things new.” The line is taken from Revelations, not from the gospels, but I think it is still relevant. 1 Corinthians 5:17 says that anyone in Christ is a new creation and several times the analogy of a potter and clay are used to describe God’s relationship to us. So this image of Christ: bloody, sweaty, tired, and burdened professing with joy that it’s purposeful, that this is the proof of God’s promise to fix us, is a powerful one. It is hard work – it is ridiculously hard work – but it is not our work. Christ does the labor. Christ puts in the hours. It is not always easy for me to be molded, sometimes it downright hurts, but the bottom line is that God is the one with the burden, not me. Because Christ is my foundation, God is my salvation. I am dependent on HIS work, not mine. All I have to do is trust in His labor even when it seems futile. 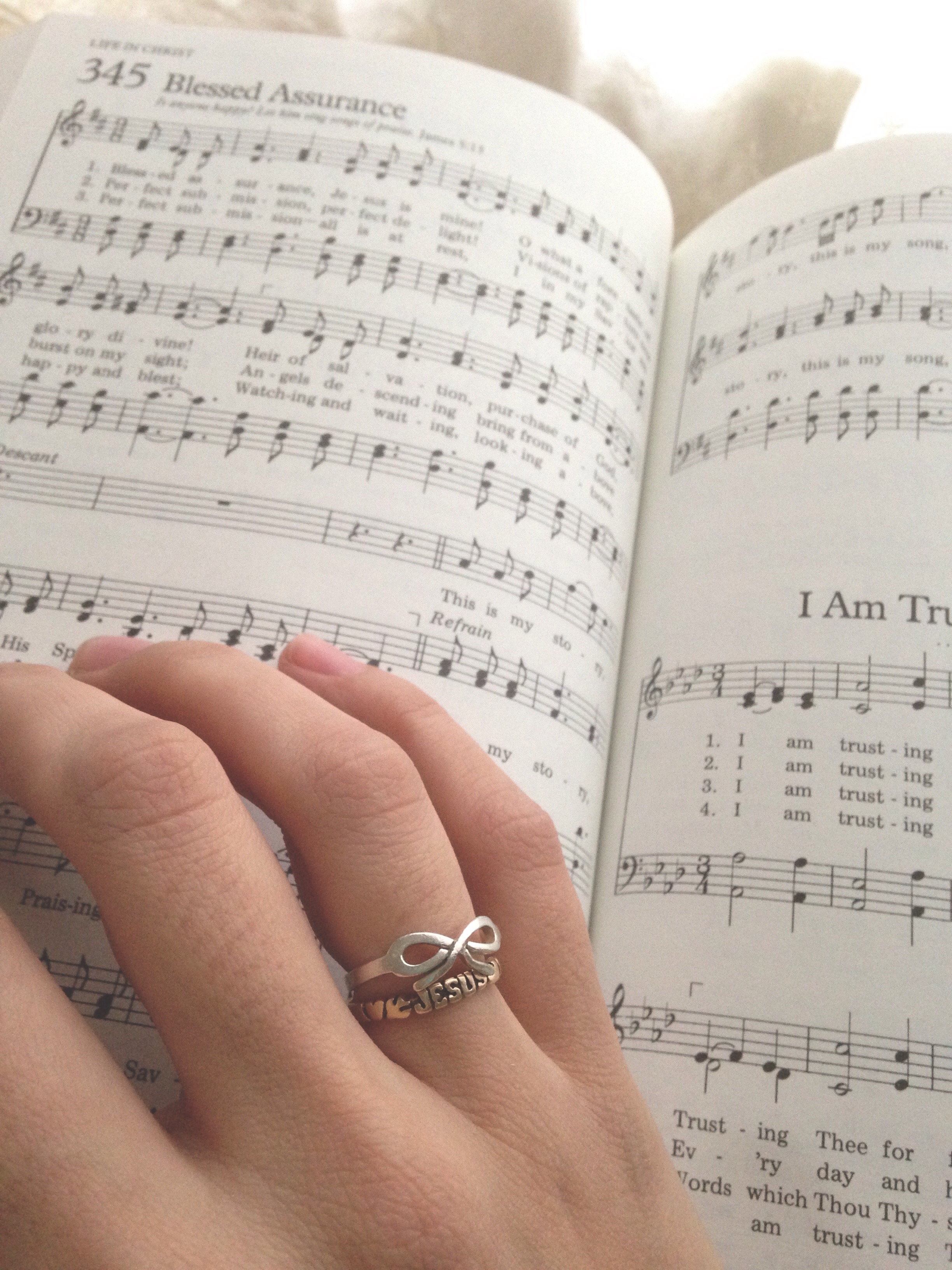 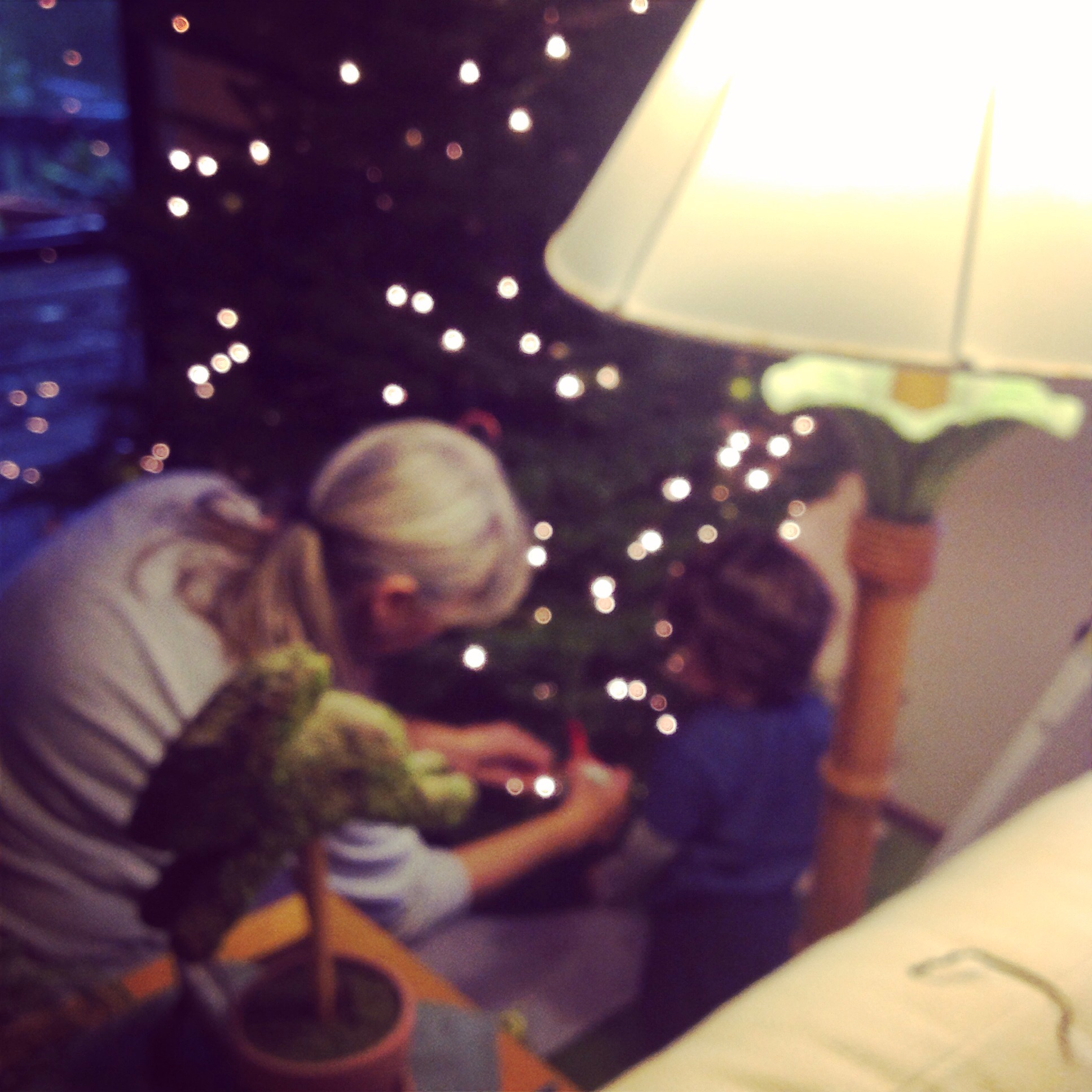