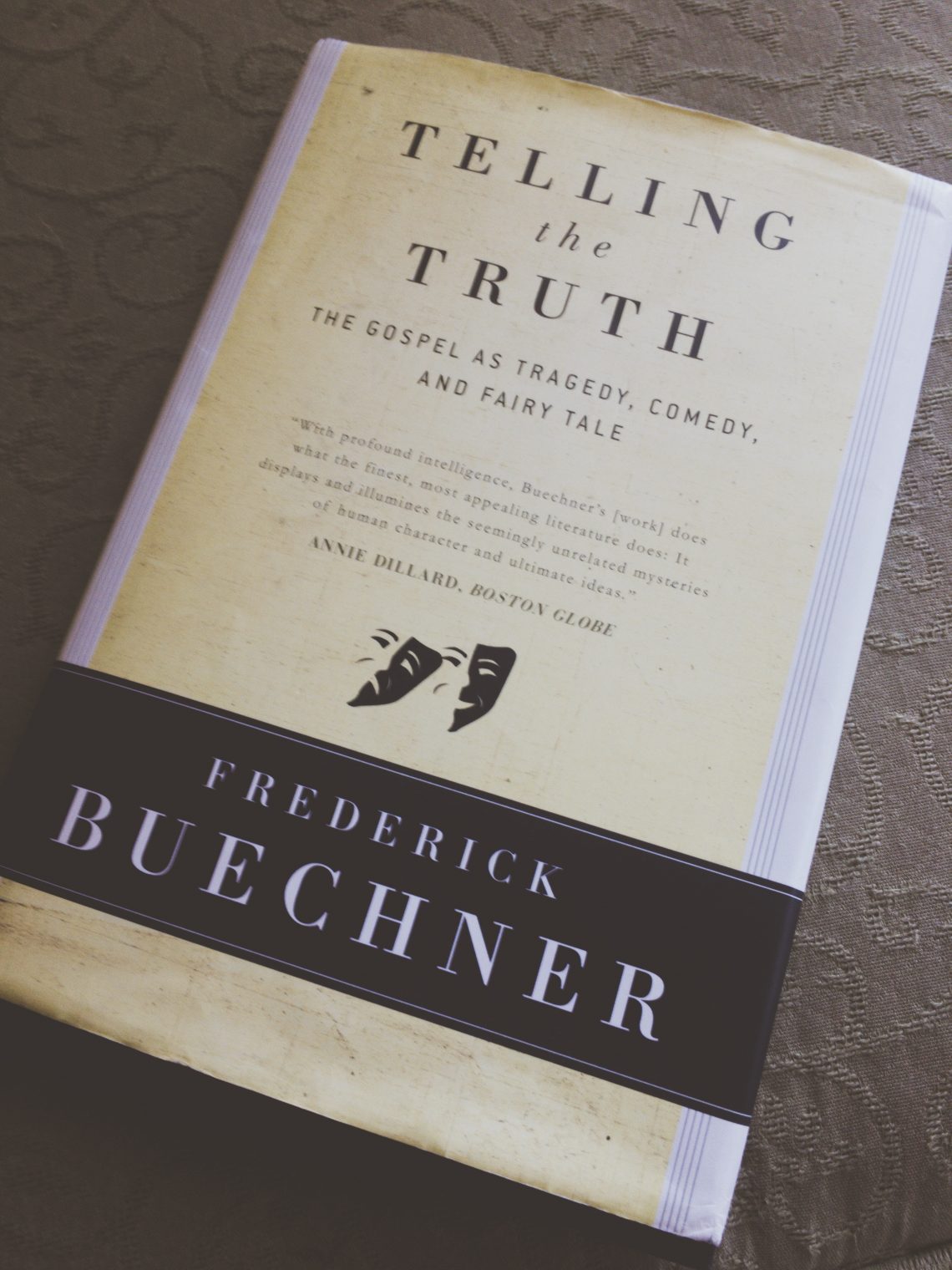 It takes me a very long time to read anything (ask my friend Brynn, who has not given up on me yet, but also went more than a year without seeing her copy of Anna Karenina and I still hadn’t finished it). But this little gem is hard to put down and frankly, these words work their asses off to get themselves into just the right order and say the Important Thing and I have got to tell you about it.

This short book put exact words to what I have been trying (will keep trying) to write for years. That the truth is “too good not to be true” and that our job is to find where the light overcomes the darkness not by pacifying or ignoring or pretending, but by going INTO the dark; by admitting defeat where we see it, too. And Beuchner is imbuing me with new courage to “be a fool for Christ’s sake” (I like to read that in an old-man voice akin to “get off my lawn”).

My brain likes to have things to chew on so I find myself listening to podcasts or watching youtube videos or (occassionally) reading a book about the whys of life. Humans are just one big giant WHY with legs and guns. So much work has been done to figure us out. It’s been deeply satisfying to learn about the brain and human evolution and the way our species has survived on some amount of compassion and connection; how we are hard-wired to create meaningful stories which has served us well. I’ve appreciated the brick wall behind some of the mist of existentialism.

But in my most agnostic – even atheistic – state, I have been thus unable to shake the mist altogether. Something holds on and when I believe because I have no tangible evidence to the contrary that God is nothing more than figment, some imaginary hand squeezes mine and even when I resent it, I squeeze back.

I can remind myself of every rational explanation for what I experience as a divine friend in times of need, but in those times? It’s just a friend. I can analyze the biological mechanisms responsible for the hormone rush that makes me feel peace and joy, but when it happens? It’s love.

With this fabulous tale to proclaim, the preacher is called in his turn to stand up in his pulpit as fabulist extraordinary, to tell the truth of the gospel in its highest and wildest and holiest sense. This is his job, but more often than not he shrinks from it because the truth he is called to proclaim, like the fairytale, seems all but some kind of wistful, faraway sense too good to be true, and so the preacher as apologist instead of fabulist tries as best he can to pare it down to a size he thinks the world can swallow…. He demythologizes and makes credible.

The truth – the Truth – doesn’t need paring down because you don’t reduce absurdity, you embrace it. The absurdity of grief, the absurdity of beholding your child for the first time, the absurdity of running up to your loved one at an airport must all be acknowledged and are only get-through-able by throwing up our hands and allowing our reality to be as bombastic, ridiculous, and if we can suffer it, holy, as it truly is.

It is absurd to think that the universe might have a conscious concern and favor toward me and toward every “me” there is – you and her and even him – but damn it all if it’s not true. I don’t know what “merely” fairy tale means because it seems to me that holding out for the best possible case is more risky not to do.

Maybe every comfort I’ve gained from God are just biological necessities. Maybe it’s all made up from my little brain so that I stay alive long enough to reproduce and bring those children to adulthood so they can reproduce and our species can keep on. Maybe. I guess I won’t care when I’m dead.

But maybe there’s more not only after we die, but right here, now. Maybe there is some interaction with whatever got this existence-ball rolling and us, little bits of that existence. Maybe there’s something to the discovery and the art and the Nazi who smuggles Jews out of danger. Maybe there is something to the tragedy – to the depths of despair we endure and the suffering and the senselessness. Maybe there’s something to the irony, too; the comedy of festivals in poverty and gratitude in mourning and jokes at death beds. Maybe the fairy tale is in some way more true; the Disney and the Grimm. Maybe the brutality of living and loving and fighting and being is painful for a purpose. We have purpose. Maybe. Could we pretend for a moment to believe a thing like that and how then might we pretend to live?

I hold on despite my best efforts to let go of this hope. It’s foolish and ridiculous and the only thing I can do. I have railed against God, I’ve stomped off in sorrowful anger at God, I’ve embraced an apathy that kept me safe from having to feel God at all. And I’ve enjoyed God, I’ve sung loud and weeping in God’s presence, I’ve danced in joyful gratitude. It’s all there; who am I to say it isn’t True?

If you haven’t made up in your mind yet that you want to read this book, here are a few little quotes to convince you:

One wonders if there is anything more crucial for the preacher to do than to obey the sadness of our times by taking it into account without equivocation or subterfuge, by speaking out of our times and into our times not just what we ought to say about the Gospel, not just what it would appear to be in the interests of the Gospel for us to say, but what we have ourselves felt about it, experienced of it. It is possible to think of the Gospel and our preaching of it as, above all and at no matter what risk, a speaking of the truth about the way things are.

Truth itself cannot be stated.

…and any preacher who does not speak them [injustices] in his own right, naming names including his own name, any religious person who does not heave them at the injustice and unrighteousness of his own time and of himself, runs the risk being irrelevant, sentimental, a bag of wind.

Is it possible, I wonder, to say that it is only when you hear the Gospel as a wild and marvelous joke that you really hear it at all? Heard as anything else, the Gospel is the church’s thing, the preacher’s thing, the lecturer’s thing. Heard as a joke – high and unbidden and ringing with laughter – it can only be God’s thing.

And Now We Have Questions 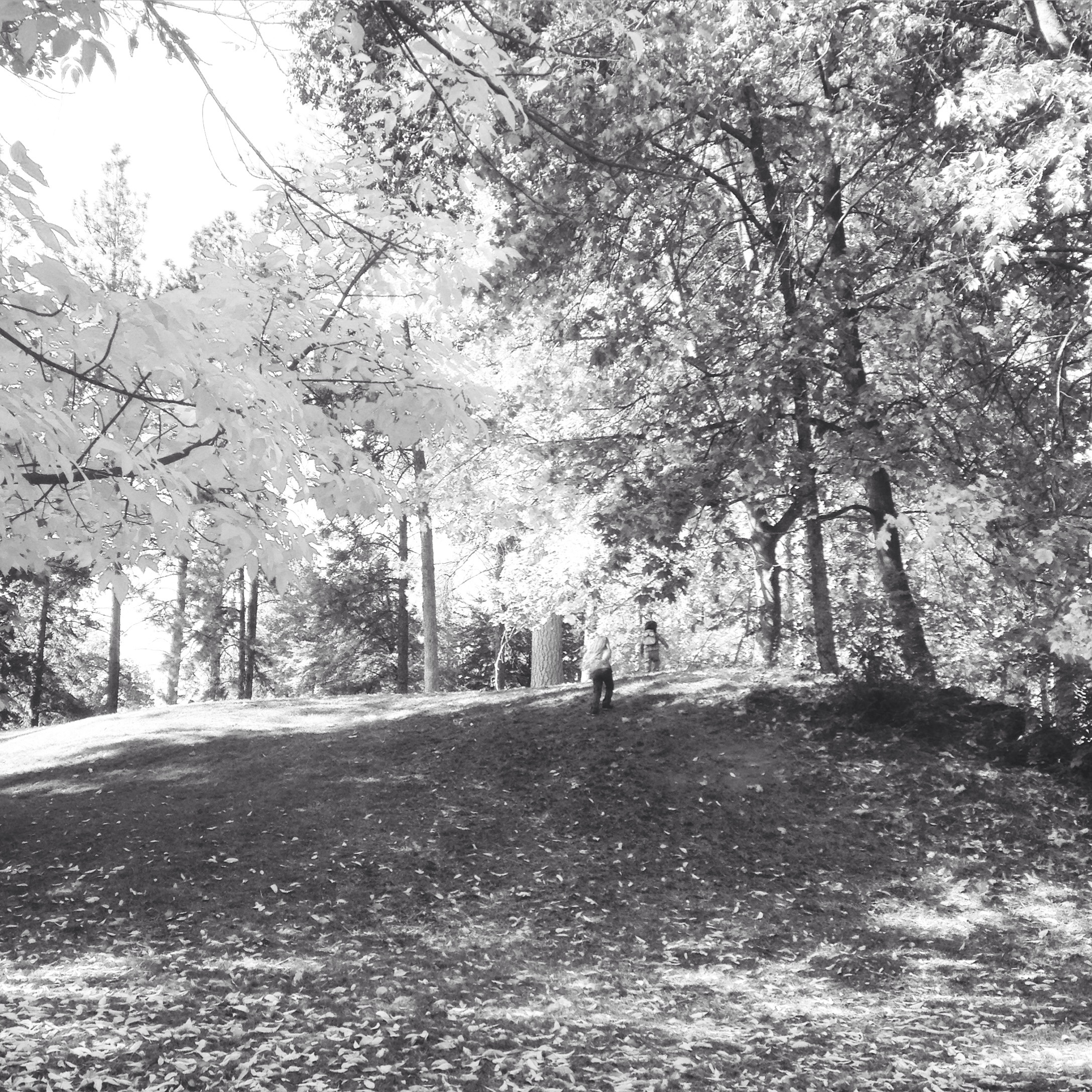 There was a school shooting… 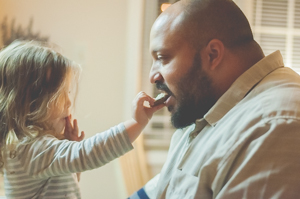 You Are Not a Worm 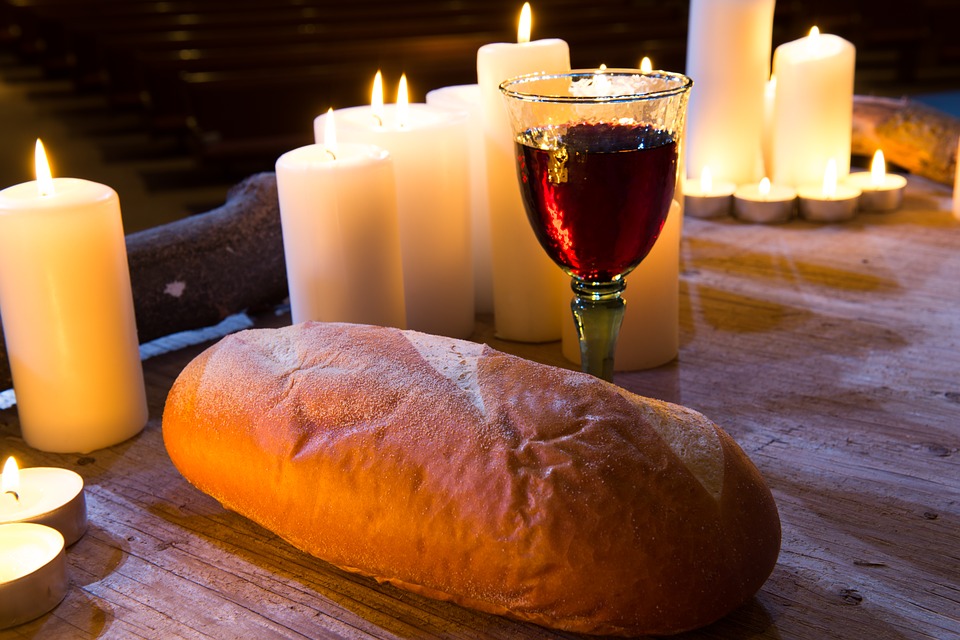 How to Take Communion (whether or not you're a Christian)